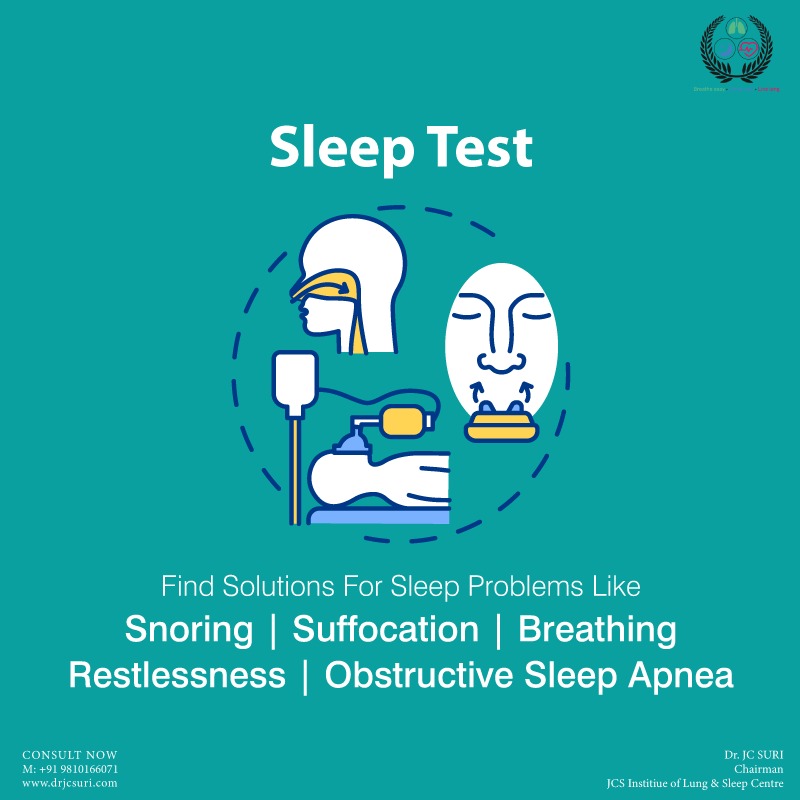 Your doctor might request that you undergo a polysomnogram, or sleep apnea test if you exhibit sleep apnea symptoms (PSG). This could be carried out at home or in a facility for sleep disorders.

A polysomnogram, often known as a sleep study, is a multi-part examination that electronically transmits and records particular physical activities you engage in while you’re sleeping. An experienced sleep specialist reviews the recordings to determine whether you have sleep apnea or another sort of sleep problem.

If the test reveals sleep apnea, other sleep tests may be required to determine the best course of action.

Polysomnography may be used to start or modify your treatment plan if you’ve already been diagnosed with a sleep problem, in addition to aiding in the diagnosis of sleep disorders.

You might occasionally be able to complete the sleep study at home. Obstructive sleep apnea is the main type of sleep apnea that is diagnosed by a minimum number of sensors used in home sleep testing (OSA).

What to Expect During a Sleep Study (Polysomnogram)

If you should continue taking your drugs or stop them altogether before the test, your doctor will advise you. On the day of the test, avoid caffeine and alcohol because they may affect the results. Bring cozy pajamas, a book or magazine, and, if you have a specific pillow, it.

If you’re undergoing a sleep center lab, you’ll be given a private sleep center or hospital room for the night of your sleep study. There will be a central monitoring station nearby where medical professionals may keep an eye on patients while they are sleeping.

You’ll have access to a private restroom; just let the technicians know when you’ll be using it so they can disconnect the wires that are connecting you to the monitoring system.

You’ll be hooked to equipment that could seem uncomfortable. However, most people have minimal trouble falling asleep.

For home testing, there is also more portable equipment available, particularly for simpler cases or circumstances.

Surface electrodes will be applied to your face and scalp during a sleep study to transmit recorded electrical signals to the measuring devices. These signals, which are produced by the activity of your muscles and brain, are digitally captured. Your breathing is measured by belts around your chest and abdomen.

Your finger is attached to an oximeter probe that gauges the amount of oxygen in your blood.

In order to determine if, when, and why your sleep patterns are disrupted, polysomnography tracks the stages and cycles of your sleep.

Non-rapid eye movement (NREM) sleep is the first stage of the typical sleeping process. Your brain waves significantly slow down during this phase, as shown by electroencephalography (EEG).

In contrast to later stages of sleep, your eyes don’t move back and forth rapidly during NREM. After an hour or two of NREM sleep, your brain activity picks up again, and rapid eye movement (REM) sleep begins. Most dreaming occurs during REM sleep.

You normally go through multiple sleep cycles a night, cycling between NREM and REM sleep in about 90 minutes. Sleep disorders can disturb this sleep process.

Your doctor may recommend polysomnography if he or she suspects you have:

Sleep apnea or another sleep-related breathing disorder: In this condition, your breathing repeatedly stops and starts during sleep.

Periodic limb movement disorder: In this sleep disorder, you involuntarily flex and extend your legs while sleeping. This condition is sometimes associated with restless legs syndrome.

Narcolepsy: You experience overwhelming daytime drowsiness and sudden attacks of sleep in this condition.
REM sleep behavior disorder. This sleep disorder involves acting out dreams as you sleep.

Unusual behaviors during sleep: Your doctor may perform this test if you do unusual activities during sleep, such as walking, moving around a lot, or rhythmic movements.

Unexplained chronic insomnia: If you consistently have trouble falling asleep or staying asleep, your doctor may recommend polysomnography.

Polysomnography is a noninvasive, painless test. The most common side effect is a skin irritation caused by the adhesive used to attach test sensors to your skin.

Before polysomnography, you can be instructed to abstain from alcoholic beverages and caffeinated foods during the afternoon and evening. Both caffeine and alcohol can alter your sleep patterns and may exacerbate the signs of some sleep problems.

It is not advised to take a nap in the afternoon before a sleep study. Before your sleep study, you could be requested to take a shower or a bath. However, avoid using any lotions, gels, colognes, or makeup prior to the test because these can prevent the electrodes from working properly.

You can either pick up the equipment at your doctor’s office or have it brought to you for a home sleep apnea test. You’ll receive instructions outlining how to operate the tools.

Do you find yourself waking up tired, or maybe with a headache or dry mouth? Obstructive sleep apnea could be to blame. This happens when your breathing is interrupted during sleep, often for more than ten seconds.

The Facts About At-home Sleep Tests

They monitor breathing, not actual sleep.

A sleep test measures respiratory characteristics rather than the actual sleep in order to assess a patient for sleep apnea. The duration of your light or deep sleep, for example, won’t be measured during the sleep test.

Instead, it will gauge how long it takes you to breathe, how hard you have to work to breathe, and whether your breathing is shallow or deep. 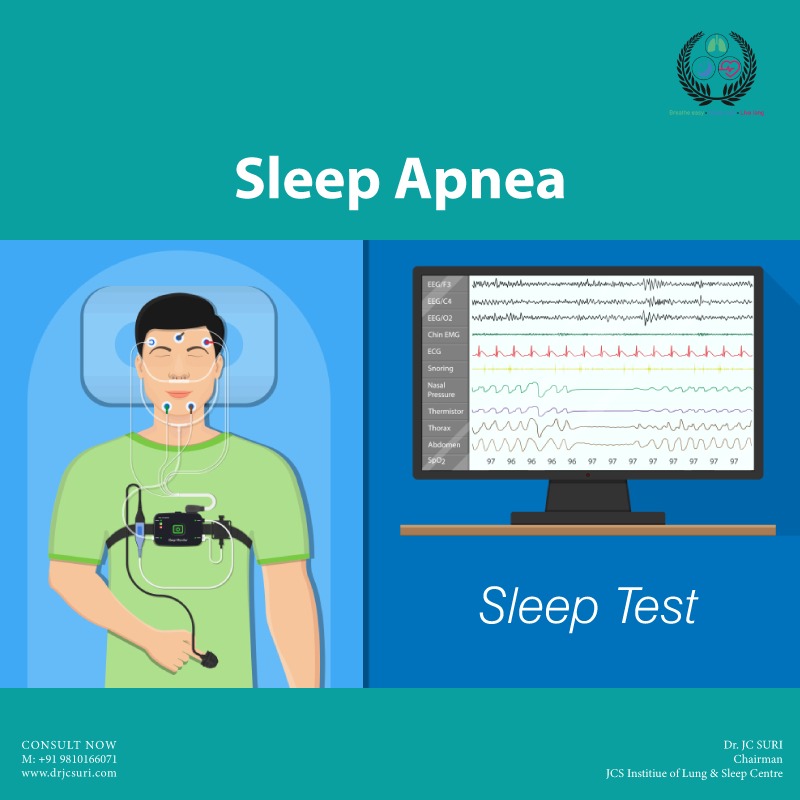 Your doctor needs to prescribe it:

This isn’t an over-the-counter test. Your primary care physician or a physician at a sleep clinic can order it for you to use at home.

One of the sensors has a tiny probe that you wear over your finger to assess oxygen levels. Another mask with tubes will be placed over your ears and placed in your nostrils; it will resemble an oxygen mask.

To measure the rise and fall of your chest and belly while you breathe, additional sensors are attached to them.

Most at-home sleep tests are used just for one night. It’s also less expensive than a sleep study conducted in a clinic ― anywhere from a third to a fifth of the cost of doing an in-lab study and often covered by insurance.

With an at-home study, you’ll be in the comfort of your surroundings, which can mean a more accurate reading of how you sleep.

It doesn’t completely rule out apnea:

Your results will be submitted to your doctor after a sleep technologist has examined them after the test. If your symptoms don’t go away, your doctor can suggest an in-lab experiment.

Home tests can occasionally be wrong because, for example, your sensors might stop working in the middle of the night. In a lab, a doctor is present to keep an eye on you.

Breathing issues are not a sign of all sleep disorders. You might not have apnea if your symptoms continue to exist. Movement disorders that cause nocturnal restlessness and narcolepsy, a neurological illness that interferes with the body’s sleep-wake cycles and results in excessive sleepiness, are two more prevalent sleep problems that do not impact the airways.

Together, you and your doctor can determine the cause.

Other Tests for Sleep Apnea

After a Sleep Study

In the morning, the technicians take off the sensors attached to your skin, and you go back to your everyday activities.
It takes the sleep specialist some time to review the study’s hundreds of pages of data. They’ll send the results to your doctor. Once your doctor reviews them, you’ll meet to talk about the findings and next steps. 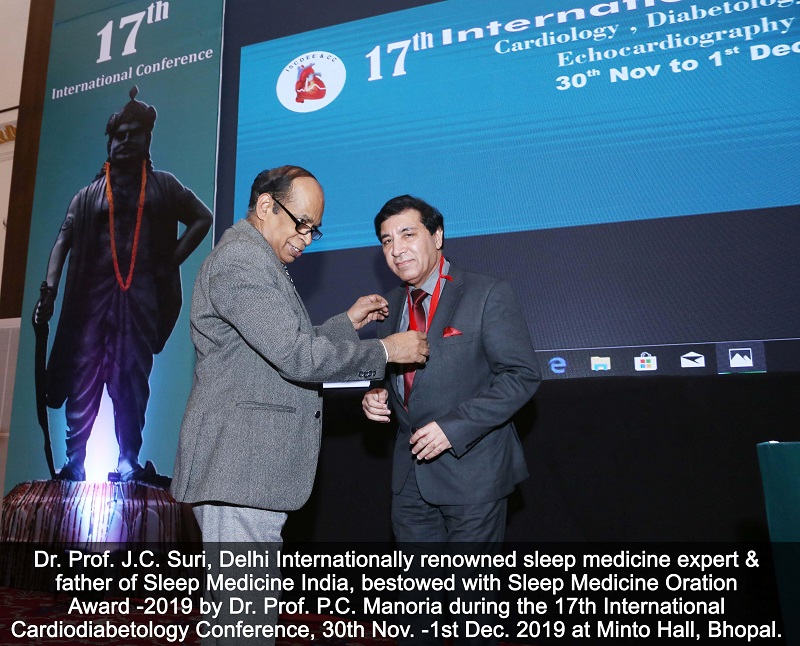 How to improve your respiratory health during winter

Do enthusiastic or mental elements have an influence on asthma?

No 1 Best Lung Specialist In Delhi

What is Pulmonology? || Best Pulmonologist in Delhi NCR

Association of Pulmonologists of Seemandhra (APSA) 2018

Guest oration during the Foundation Day

Sleep Pattern of Adolescents in a School in Delhi, India: Impact on their Mood and Academic Performance 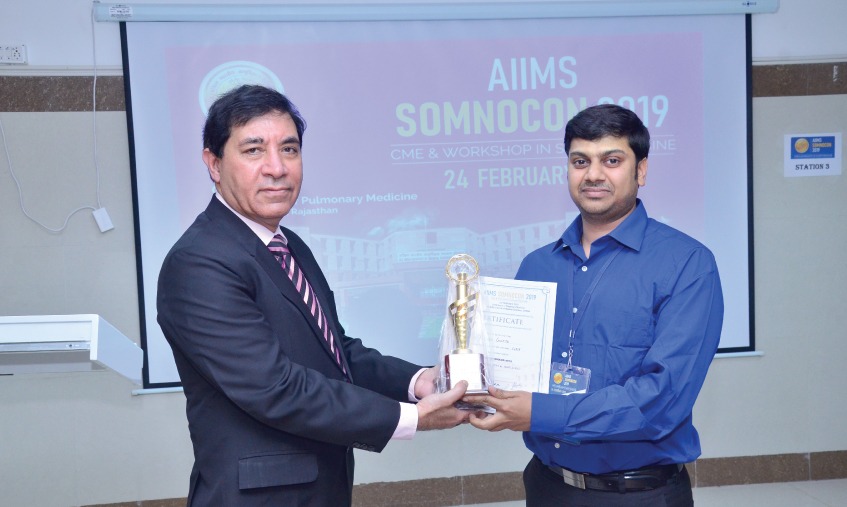 Prof. J C Suri was invited as the Course Mentor.

How to improve your respiratory health during winter.